At first recording binaurally seemed a bit exotic but now it's my go-to choice for a lot of stuff! The principal is simple. Normally, a sound wave passes across your head. It reaches one ear first, is delayed and partially absorbed as it carries on, and at some point reaches the next ear. Your brain can work out a lot about what direction a sound came from by the time and tonal differences as it appears at each ear. So far so good. People think of binaural sound as giving a strong stereo image or a good location-in-space kind of effect. It's become the accepted logic in video games where sounds may need to be placed and panned around in 3D space. As I've got used to binaural recording, I've realised the obvious fact that its about more than spacial location. It's just normal hearing. All the time. It's what we're adapted to and what our brain expects! Recording in other systems, including mono, can throw up problems that we're so used to we ignore them. An interesting example is with acoustic guitars. You may be used to how fussy an acoustic guitar is to record. A mic placed near the sound hole gets boomy. Near the fingerboard can produce as much fret sound as note. It's easy to get into heavy EQ looking for solutions. My experience recording acoustic guitars binaurally is completely different. Stick up a binaural pair anywhere near-ish the guitar and bingo - what comes out sounds like the actual guitar itself! At some point I'll work out why the sound hole 'boom' effect is so much more pronounced with a mono mic, but it's a little tricky to track down. (I'm thinking a significant psycho-acoustic thing going on. Discussions welcome!..) On to the important bit - whats a good practical system?

I tried a Jecklin Disc and found its halfway-house thing a bit pointless. I tried two small omni mics strapped to a watermelon and found it good for recording underwater (pictured). I tried two high quality omni mics strapped to a football and found it good for recording above water. But slightly lacking in spacial definition in the centre of the sound stage. Better still was a football opened up, filled with oats and sealed back up again! Now it approximates both the size and density of a human head and everything is in great focus. It's heavy enough to need a pretty strong mic stand though!

After measurements and plenty of practical use, I can offer the following opinions and observations:

*The spherical shape is rational and effective. Binaural 'heads' that look like an actual head with a nose and everything are not necessary and come on a bit voodoo for my liking.

*You don't have to use small omni mics (or flappy fake 'ears'). I've used small mics and large diaphragm ones, omni and cardioid and they're all good. The 'trad' binaural heads point the mics directly out from the sides, 180 degrees away from each other. I don't do that either. Pointing forwards is fine and sensible, just so long as the 'head' is able to obscure one or other of the mics depending on the angle of the source.

*Playback over ordinary stereo speakers is fine too, if you had heard that it really only worked on headphones!

And there you go. Easy, effective, just do it! :) As a slight aside, it's also possible digitally to create a 'binaural-ish style' stereo placement effect that gives a sharper sense of location than a simple pan. When I get round to it, I'll post up the Reaper JS code to a version I use sometimes... 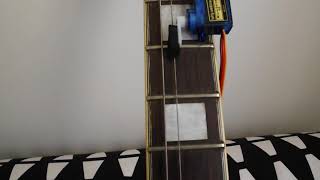